TRAIN with US | The Edge Training Academy
Full gym complete with weight rooms, sport court, and turf field. We offer memberships for all ages, personal training, rentals, and more!
PLAY with US | 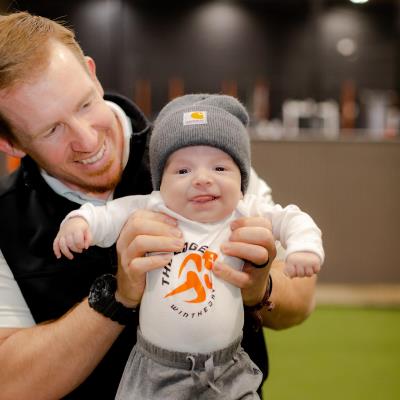 Robert grew up on KI. As a youngster quickly he matured into a leader. Academically he went to Salisbury U where he earned his B.S. with honors in Exercise Science and Business. Robert always made time for coaching at his high school alma mater. Over his collective 30+ seasons his most memorable experiences are winning the State Championship in lacrosse. Robert uses his spare time to participate in many charity events through his non-profit. He can be found holding a seat at local group board meetings. Woolley opened The Edge in 2013; a place where people can better themselves both on and off the field! Robert’s passion for developing athletes has led him to the successful advancement of hundreds of pupils to pursue their respective dreams. His motto he loves most is “Win the Day.”